Mentoring and Coaching: the Secret to Good People Experience 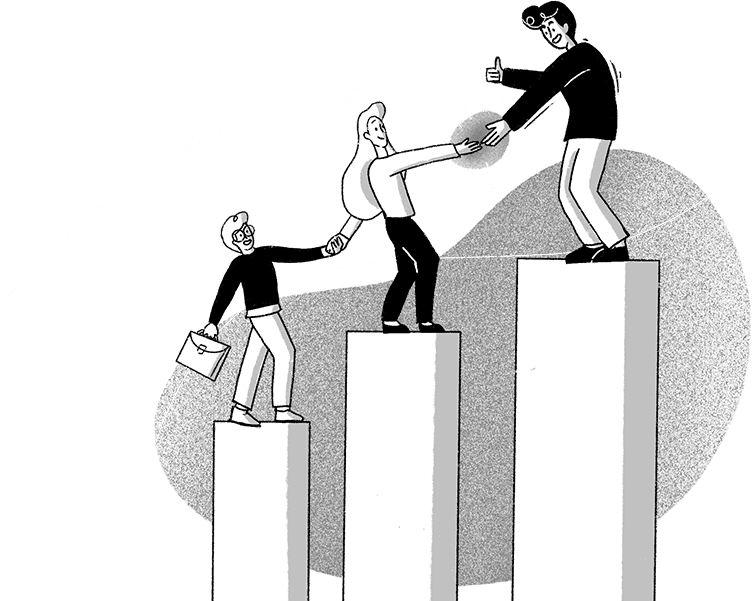 Mentoring and coaching go way back, and they could really improve your People Experience.

The concept of mentoring has existed since the dawn of civilization - its existence is biblical, or even older. In fact, it originated with Homer’s Odyssey in the 8th century B.C., where the character of Mentor nurtures and supports Odysseus’ son, Telemachus.
Mentoring became common practice in the Middle Ages, culminating in its recognition as a vital tool in the development of business executives in the 1970s. Its pervasiveness only increased over time, and it is now perceived as a relevant way to help with the growth not only of decision-makers but junior staff members, too.

The process of mentoring has been embodied by several historical figures in different fields over time, starting in ancient days with Socrates and Plato, and leading to the more recent Mark Markkula and Steve Jobs. Mentors have also been represented in pop-culture. You’ll probably remember the Yoda and Luke Skywalker duo, who surely left a mark on our imagination!

Coaching, despite being more recent, has also stood the test of time. Much has happened since the term was coined in the 1830s as Oxford University slang, to indicate tutors carrying students through exams. Coaching gradually grew over time, with its introduction in the business world by IBM and the birth of the GROW model.

We’re familiar with coaching and mentoring in our daily lives, but some still treat the two terms as interchangeable, and that is an incorrect assumption. So, what do mentoring and coaching truly entail? And how do they differentiate one from another?

A mentor is usually a successful individual with a reactive capacity, sharing their wisdom to provide insight and guidance, as their mentee encounters challenges along their journey. They don’t always have expertise in their mentee’s field but must have an understanding of how to navigate the business in general.
During a conversation with my colleague Mo, he shared memories from his mentee days. “A good mentor is someone who can guide you, who uplifts you, and you can make mistakes in front of while not being embarrassed,” he told me.

What do coaches do, then? They’re often experts in the field they help their coachees in, which is perfect for employees and entrepreneurs with specific needs. They’re often trained and certified as coaches and possess strong process-management skills.
Whereas the relationship between mentor and mentee can go on for a long span of time, usually coaching programs have a preset deadline.

The fact is, both mentors and coaches can play a vital role in your organization, and they’re not mutually exclusive. If anything, they’re complementary.

During our interview with Gerry Crispin, the Candidate Experience specialist discussed the rising trends in Talent Acquisition. Every year, the expert conducts a panel discussion in which he interviews brilliant, young professionals.

Crispin came to the realization that there’s a growing need for both mentors and coaches to accompany the new star talent on their path: a mentor can convince them that they’ve chosen the right organization to work for, and a coach can make them stay in the long run. Both are important figures whose relevance is connected to the career stage the employee or entrepreneur is facing.

Therefore we can state that an important difference between mentorship and coaching is related to the stage of the workers’ career lifecycle they touch: in one’s early stage, there’s the need for a seasoned mentor to respond to basic concerns and challenges - someone who can offer broader advice and connections for the mentee to grow. It’s at a more mature stage that the employee or entrepreneur faces more granular and nuanced issues.

When Gerry Crispin asked them about what excites them about their current position, the young professionals involved in his panel discussion mentioned a mentor: the one figure who can help them navigate the job, as well as the company culture. The mentee can benefit from the relationship by understanding how influence takes place, and how decisions are made, among other things.

This increasing desire to have mentor springs from a “recognition on the part of bright, young people coming into the workforce that they haven’t had all the kinds of experiences they need in order to succeed in a certain job,” says Crispin. This tells us that companies need to start curating the kind of information that allows people to understand clearly what is expected in order to be successful within the organization.

During his panel discussion, Gerry Crispin also asked the five young professionals involved what their current company would have to do to keep them working for them in two years’ time. The answer was unanimous. If they don’t have a coach by then, it’s time to leave.

If at the beginning of their career they want someone to help them succeed where they are, in the present, a coach helps the brilliant, young workforce better understand where they want to be in the future, and what their path could look like.

“You’re going to have to chop down some trees in the woods to figure out what your path is going to be in a world that is changing this rapidly.”, says Gerry Crispin. And this desire on the part of the new workforce is a sign that employers need to focus on internal mobility.

“Career success is more than an individual thing - a collective of people who care about each other and are helping each other be successful. Most companies do not describe themselves as a community. They’re going to have to think about that.”

In "Why Mentoring Matters in a Hypercompetitive World", we read how Professional Service Firms (PSFs) lacking the collegiality and the sense of partnership that they had in their early days will struggle to recruit - let alone retain - the talent that they need to survive. “Young professionals are still looking for mentors who can give them advice, encouragement, and space to grow.”
When looking at Professional Service Firms, the relationships between more senior and junior employees, which was once based on solemn agreements, now shifted to having a contractual nature. The reason for this change is the strain put on corporations by the global market, which caused investments in mentoring programs to atrophy. When the competition got fierce, something had to give, resulting in either lower quality or total absence of mentoring programs. The issue is that the younger generations of employees aren’t as loyal as their predecessors, and will only stay until a better offer comes along.

A Harvard Business Review- and Oxford Economics study confirms the need for coaching. “1,400 Millennials told us they want more feedback from their managers”, says Karie Willyerd in Millennials Want to Be Coached at Work. “Their number one source of development is their manager, but only 46% agreed that their managers delivered on their expectation for feedback.” One of them said “I would like to move ahead in my career. And to do that, it’s very important to be in touch with my manager, constantly getting coaching and feedback from him so that I can be more efficient and proficient.”

Now, onto the benefits. Why are mentoring- and coaching programs truly worth the investment, you ask?

The article “The ROI of Mentoring Young Talent” says that mentions of ROI can cloud conversations on mentoring, but instilling legacy knowledge in another team member cannot easily be quantified. On top of that, the mentor-mentee relationship can be a two-way street. The mentor could, for instance, benefit from it by developing their own leadership and managerial skills, gaining recognition, reinforcing their knowledge of the matter at hand, and enhancing their CV, just to mention a few perks.

What is undeniable is that the impact of both mentoring and coaching the overall company can be profound, with a humbling and inspiring effect. A study found that leadership coaching can deliver an ROI of 5.7 times the cost.

Another research had thirty-one managers undergo a managerial training program followed by one-on-one executive coaching. The training increased productivity by 22.4%, and the coaching improved it by 88%!

The International Coach Federation also gathered interesting data: the executives and entrepreneurs using a business coach can increase their net income by 46% on average. 62.4% of the sample developed a more intelligent goal-setting, 57.1% experienced lowered anxiety levels, 52.4% saw their self-confidence increase, and 43.3% saw improvement in their personal satisfaction.

An example of mentoring success can, instead, be found in the University of California’s study: their mentoring program for new teachers returned $1.5 dollars per $1 spent.

“Mentoring and coaching should be considered a perk of any job,” writes Jennifer Zeidler. “While free lunches and gym memberships are certainly good for recruitment and company culture, younger professionals actually prefer coaching over any other benefit.”

Yet, although seeing a dramatic increase in the overall number of business coaches, making up for an industry worth $2.4B in the U.S. alone, over 40% of organizations haven’t yet adopted coaching as part of their process.

And coaching programs aren’t the only ones being underutilized.

Around 70% of Fortune 500 companies already do have a mentoring program, but not everyone is doing it properly. Some of these mentoring programs are based on old ideas of how jobs and careers work. Some only include the top 20% of their younger hires, whereas all the professionals in your company need mentoring that’s customized to their individual needs. Regardless of what the issue is, poor mentoring programs lead to strong emotional and behavioral responses in your workforce.

During an interview, Amy Zimmerman, Head of People Operations at Kabbage, said: “Businesses have a great opportunity to provide everyone in their company the benefit of mentorship — from the founders to the interns. The data shows such mentorship can be critical for success. We offer this perk at Kabbage and have seen great success with it. It’s also an affordable benefit that businesses can easily leverage.”
Especially in smaller firms, a commitment to training and development can be a differentiator in markets in which usually the higher salary got the better candidate: it can help you attract the top talent you need. The same talent you’ll want to retain, especially when considering how expensive employee turnover truly is, with total costs ranging from 90% to 200% of your employee’s annual salary.

In his book Evidence-Based Recruiting, Atta Tarki claims from the very foreword that the key to maintaining a sustainable advantage in today’s economy is talent. Not even average talent, but star talent. You want the top performers to work for your organization! It’s vital to know how to attract star performers like the ones that Atta Tarki refers to. You do so by offering them attractive positions for their needs to be met. But that alone won’t cut it. You must also welcome the talent in your organization with top-notch Candidate Experience, and learn how to retain them! Only this way, you’ll take care of your People Experience from hire to retire, securing their valuable presence at your company.

Star performers' desire for mentoring and coaching is on the rise, and the benefits of investing in both are clear. So, what are you waiting for? It’s your time to lead the way. 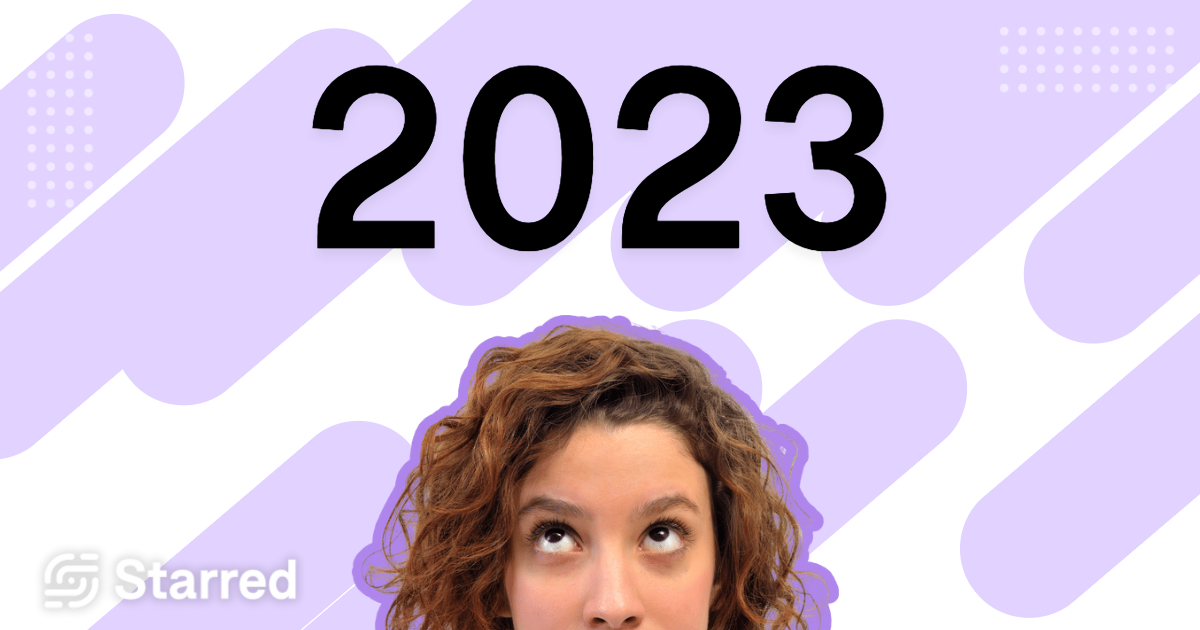 The 3 Ingredients of a Successful Recruitment Team Why Diversity and Inclusion Starts with Recruitment