When to Send a Candidate Experience Survey During a presentation at the HR conference UNLEASH in London, Stephen Reilly from Mott MacDonald presented an image showing two job seekers, one hired and one rejected - both smiling. He defined it as The Holy Grail, as this is probably not something you will fully achieve, but you should keep on striving for it nonetheless.

At Starred we live and breathe feedback. Our years of experience and rich benchmark data tell us that having positive Candidate Experience after they’ve been rejected is hard. But that doesn't make it any less important - on the contrary, it should always be your goal.

Rejected candidates outnumber hired candidates by multiples, and as a result, they define your reputation as a company to apply for. If the job seeker is also your client, then poor Candidate Experience can also lead to serious, negative financial consequences. This is the case if you're in consumer goods, retail, telecom, but it also often applies to B2B companies. The challenge is to do it right - doing it wrong is almost the standard. After all, the recruitment process is sometimes referred to as a ‘factory of disappointments’.

Our benchmark data show that putting a smile on the faces of hired candidates is pretty easy, with a positive NPS of +79. Naturally, rejected candidates are less happy, with negative NPS scores ranging from -17 to -1.

In order to achieve The Holy Grail you must truly focus on your rejected candidates!

With Starred you can ask your job candidates for feedback from the moment they leave the funnel. In the majority of cases, that is after the rejection and, in some cases, after the hiring decision. If your candidates choose to withdraw their job applications - either after the interview process or after the job offer- you can also ask them for feedback using Starred.

When to Send a Candidate Experience Survey

We alluded to the most important reason already: the rejected candidate is the one to worry about. They will tell others about their job search and job application experience. If that happens online, on social media, or Glassdoor, for instance, it will hinder you forever. Some common negative reviews include unhandy career site, false job advertisements, unclear job descriptions, lack of interview preparation, professionalism of hiring manager, etc., which can pose significant damage to your employer brand. Candidates could also very well be your customers or subscribers and cut ties due to their poor Candidate Experience. That could hurt your business substantially, as we learned from the Virgin Media case. Virgin Media was losing $6 million each year in potential sales revenue as a consequence of the negative candidate experience. When they revised it, it became a $7 million revenue stream.

Rejected candidates will tell you the truth. As they don’t have any interest in sugarcoating anything they’ll share with you what they think is wrong with your recruiting process. And that’s what you want: honest insights will help you learn from your mistakes.

Based on experience, we know that candidates that haven't yet been rejected but already received an invitation for feedback give five stars on pretty much every question and will most likely recommend you. But when they know they’ve been rejected, there will be a big difference in the NPS.

We speak to companies that would like to ask their candidates for feedback at every stage - from a candidate’s first job search, the job application process, interview process, and onboarding. Considering that your candidate is hoping to go through to the next round, you will be receiving biased and falsely positive feedback, which defeats the purpose of measuring Candidate Experience in the first place. Besides, asking your candidate to score and comment on their experience after every candidate journey is quite a heavy burden.

Finally, if you measure and analyze feedback the way it’s intended, you’ll contribute to the Starred benchmark with genuine scores that will be comparable with market research on all the responses from candidates having had the same experience with ending the process. You'll then also be able to measure the success of your hiring strategy and Candidate Experience strategy. Also, you could trace back to see what has not done well in your recruitment process: Do you need more training for recruiting team or hiring managers? Do you need better interview preparations? Do you need to be more clear with your job descriptions? The benchmark will give valuable context to all of these.

That’s why it’s our approach to ask for Candidate Experience from the moment their application process has come to an end.

In the fierce job market nowadays, it's easy to lose your best candidates to your competitors. Asking for Candidate Experience feedback and continuously improving your hiring process play a pivotal role to win this game.

Sending over Candidate Experience surveys after every step in your hiring process would end up being burdensome for your job applicants. You need to focus on the feedback shared by rejected job seekers as they'll ultimately be more honest and their situation will compel them to share feedback on the most problematic aspects of your hiring process. 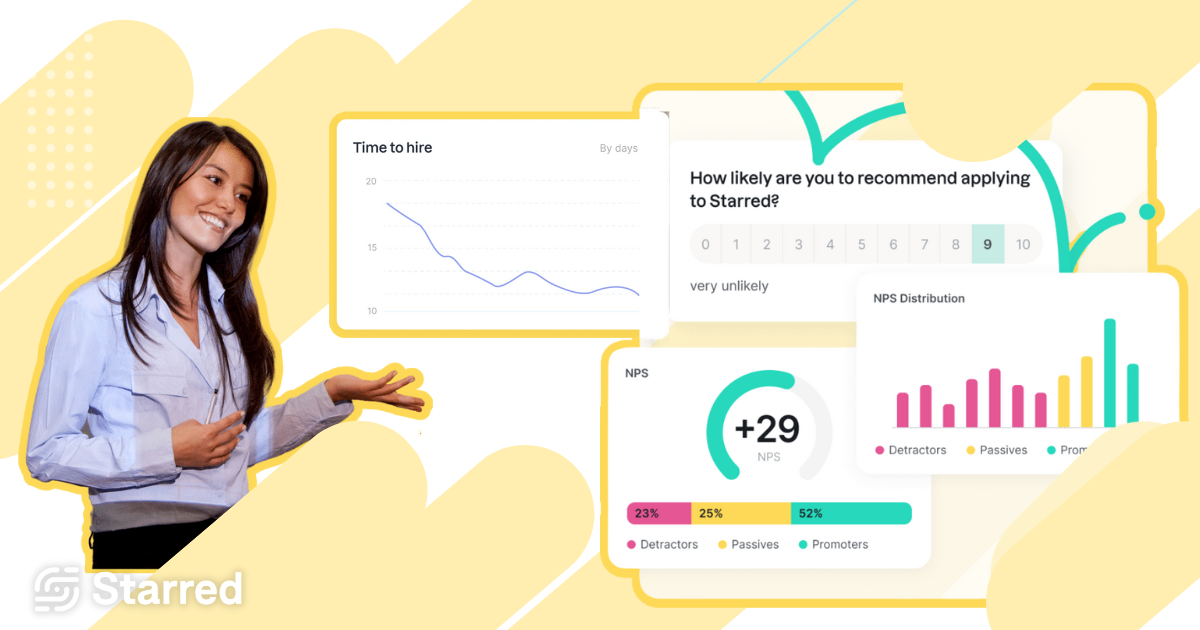 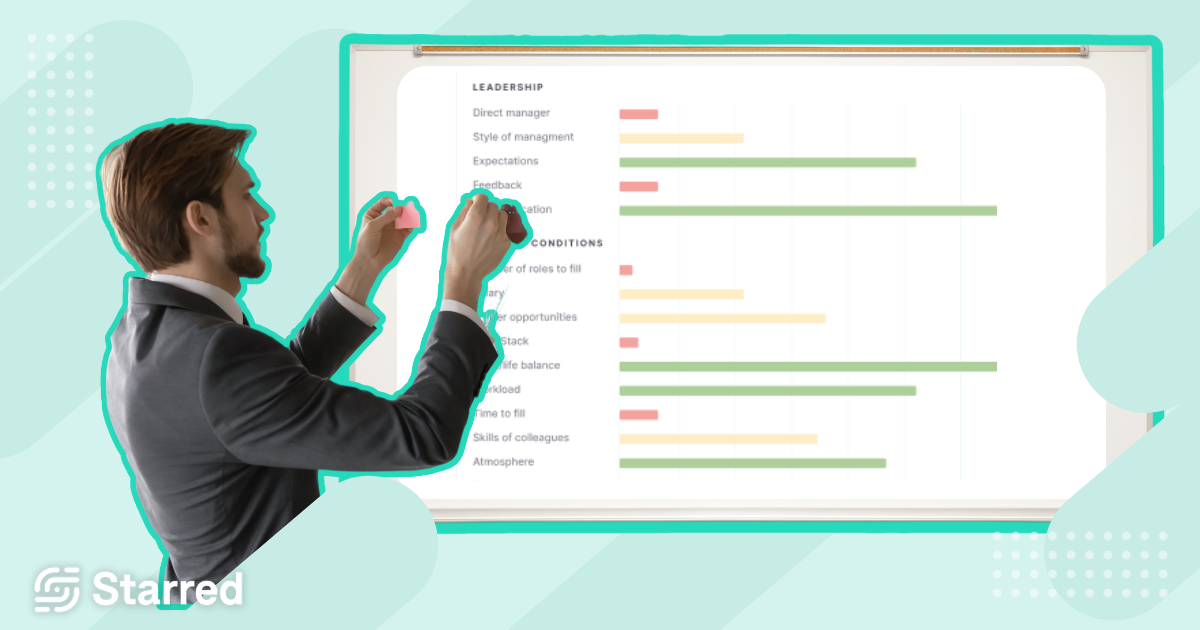 How to Measure Recruiter Experience